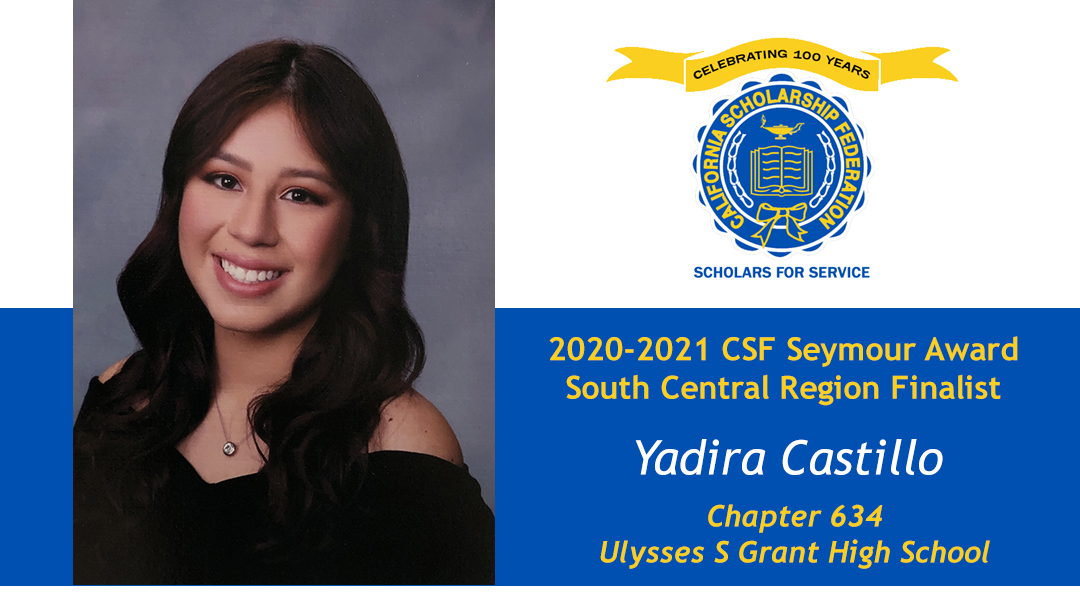 Yadira Castillo attends Ulysses S Grant Senior High School in Van Nuys where she has served as the Secretary of her CSF chapter. Throughout her school career she has spent a lot of time working with a variety of community service projects including canned food drives, Teacher appreciation days and videos, and a local Secret Santa program.  She has excelled in the Academic Decathlon program through her school, receiving numerous Medals in both the regional and state levels of competition.

Erin Suess, her CSF adviser states “If you ask Yadira why she works so hard, she will tell you it is to honor her parents. Yadira’s drive is not just for herself but for her entire community.”

“As a volunteer at the Casa Durango, Yadira had an integral role in teaching both English and basic arithmetic classes. She is a shining example of someone who is both proactive and driven.” says Nilsa Dipp.

She found economics the most difficult subject to understand when working in the academic decathlon, so after high school, Yadira plans to attend Yale, or Harvard, or Columbia and study economics.