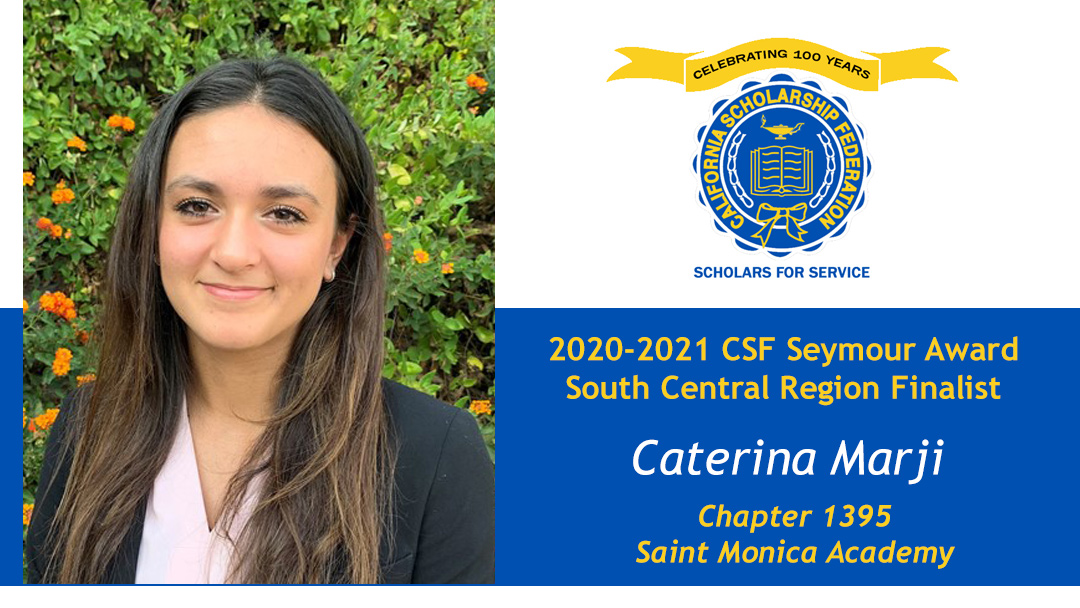 Caterina Marji is a senior at Saint Monica Academy in Montrose California where she is actively involved in her CSF chapter and serves as its vice president. While not playing field hockey or running cross country, she has also been seen on the soccer pitch or participating in clubs on campus.  While she was a  member of the Academic Decathlon team, the robotics team, and active in Student Council, she also found time to found  the Latin Club on campus.

Her CSF Adviser, Jacqueline Halpin, mentioned that “she has been instrumental in drafting and lobbying for municipal legislation prohibiting vape/smoke shops from opening near schools; she also created campaign material for teen vape prevention.”

Caterina stated that ‘I volunteer and fundraise for an organization that is building the first medical clinic in Kawangware, Kenya. From hearing the stories from visiting volunteers she was inspired to help in the building of the clinic, Caterina looks forward to traveling to Kenya, where they will  finalize the building of the clinic, do exams and ultrasounds, and host medical camps.  This experience in Kenya will be her first trip out of the United States.

Next fall, Caterina plans to attend Duke or Dartmouth and begin as a Pre-Med major eventually going to Medical school and work in Neurological Sciences.