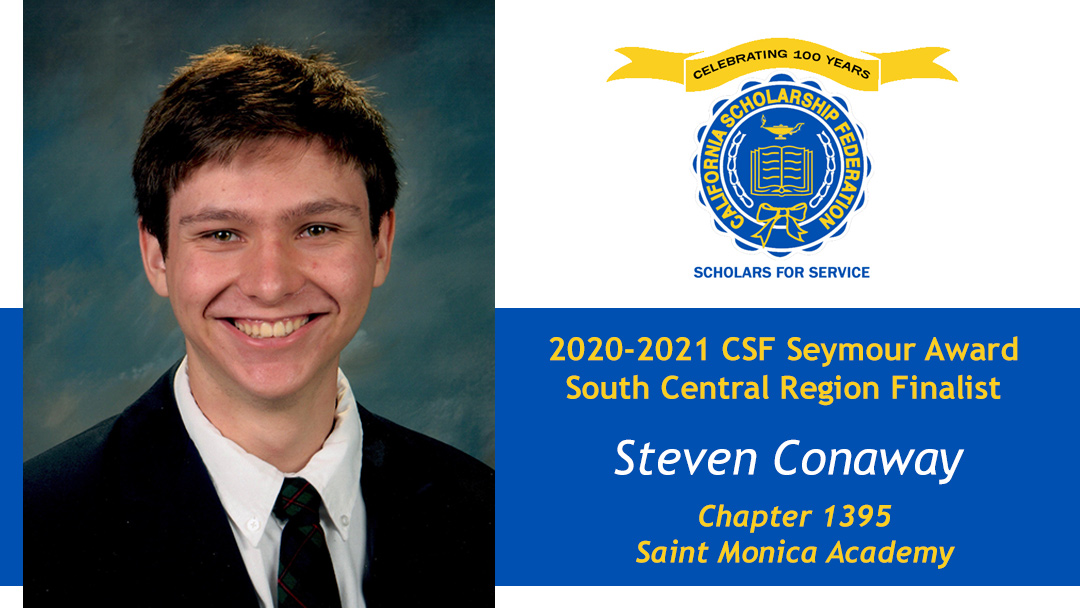 ​Steven Conaway is a senior at Saint Monica Academy in Montrose California where he is actively involved in his CSF chapter and serves as its president. A national merit commended scholar and an AP Scholar with Honor, Steven also works heavily with Robotics.

His CSF adviser, Jacqueline Halpin , mentioned that “Steven founded the Robotics Club that has successfully competed in regional and state competitions in addition to his garnering a multi-thousand dollar grant from the Dan Murphy Foundation to build a dedicated Robotics classroom.”

Michael Murry, from the East Los Angeles Youth Center commends Steven for his hard work and dedication.  “Steven was part of a group that was tasked with teaching the Arduino run Smart Car Class to elementary aged children.” states Mr. Murry, “As time went by, we offered courses in robotics, drones, and even initiated a grant-funded Air Quality Testing Using Drone Technology to test the ambient air in East Los Angeles” all of which Steven helped greatly with.

In the next phase of his life, he plans to go into Computer Science or Computer Engineering at Notre Dame, or MIT.  He looks forward to continuing to teach robotics both virtually and in person.