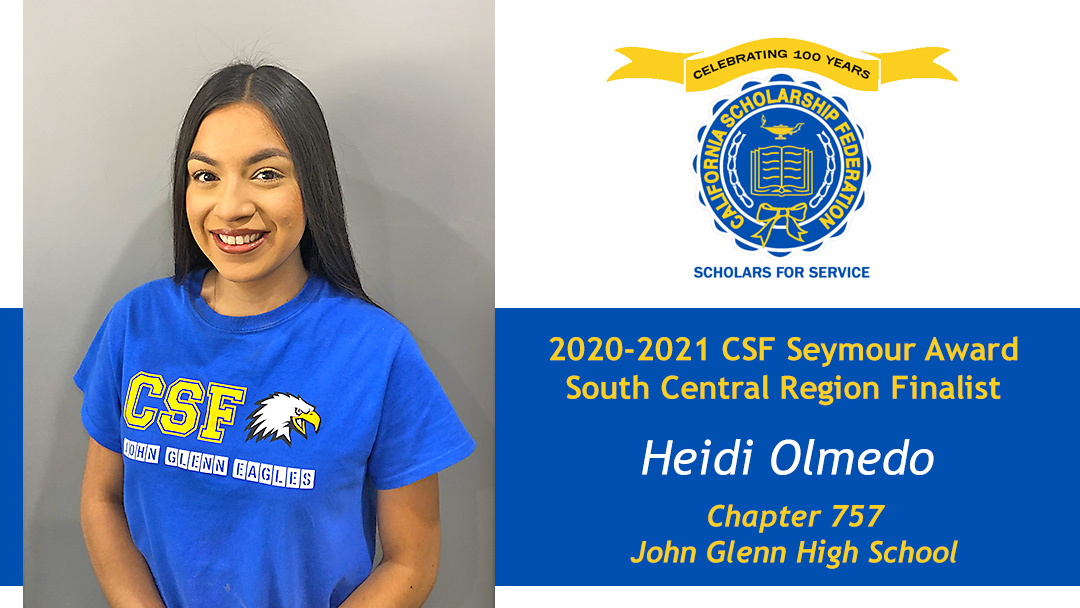 Heidi Olmedo looks forward to attending San Diego State University next year and can not wait to be back on campus at John Glenn High School where she is the CSF President.

Her adviser, Cynthia Johnson, mentions that “Heidi has been a role model and leader to all CSF members, as a native Spanish speaker, she recognized the need to reach out to the Spanish speaking students at our school and she not only visited classrooms to promote CSF, she held meetings both in Spanish and English.”

As part of her time in CSF she helped to organize numerous fundraisers and drives including drives for Read Across America, Breast Cancer Awareness, and Wetlands preservation, to name but a few.  She has also participated in numerous clubs on campus and has played soccer for the school.

“We have held a yearly Fiesta”, says Mariana Sinohui of St. Linus Church, “Ms. Olmedo has been a tremendous asset with organizing volunteers from her school’s CSF chapter. She was always eager to help, extremely organized, and willing to volunteer to help in any way.”

After taking Anatomy in high school, she has decided to challenge herself when she arrives on the SDSU campus, and will begin studying Medicine.