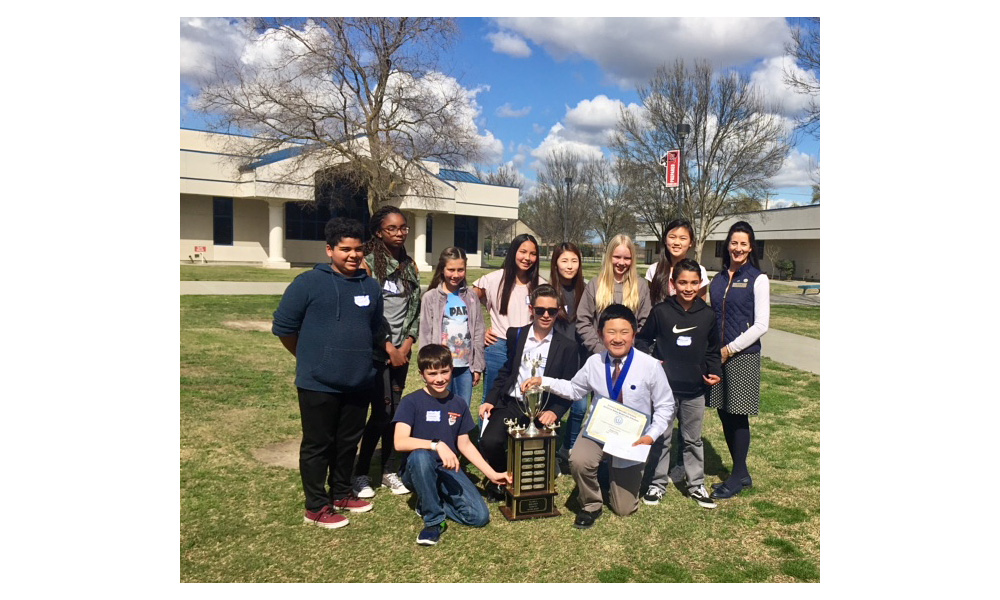 Last year, the competition was opened up to middle school students. And this year, a team from Merced’s Cruickshank Middle School won, beating out high school teams from across central California, according to a Merced City School District news release.

“These boys held their own as random questions from literature, geography, history, math, and science were projected on a screen while the proctor read them aloud,” said Wendy May, the students’ adviser.

Quoted from Merced Sun Star. Read the full article on the website.

In addition to the Quiz Bowl trophy, Daniel and Zachary were two of five applicants who received the Marian Huhn Award that recognizes eighth graders for academic excellence and service to school and community, the release states. The award came with a $250 cash prize.

The winning middle schoolers were also interviewed on Your Central Valley news.